Tell us why you love your Toro… 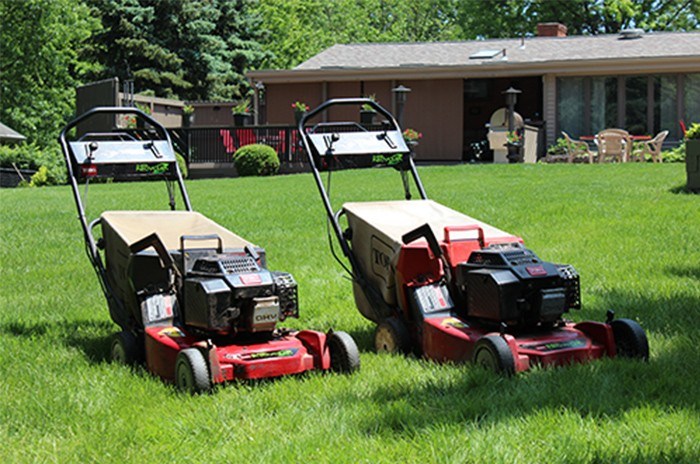 I didn’t buy my first Toro. I was 12 or 13 at the time and my Dad had been using a reel-type mower from the late 40’s or early 50’s. In the early 60’s he decided (since I was grass cutting age and the reel mower weighed a ton and I could not use it safely) it was time for a new mower. We went to the hardware store and the salesperson was showing my Dad the Lawnboy.

At that time, Lawnboy dominated the professional landscaper’s market. Over in the corner of the shop, I saw my first Toro. I went over and looked at it thoroughly. Crank/wind handle to start the Briggs and Stratton 4 cycle engine. Nice bag attachment. And if I’m not mistaken, a magnesium deck (lightweight) AND a cleanout port on the top of the deck. If I was to cut the grass, THIS is the lawnmower I wanted.

I got my Dad away from the salesperson and showed him the Toro. I explained the disadvantages of the 2 cycle engine (I was a car fanatic at the time and knew my engines) and the other fine features of the Toro. What sold him on the Toro was the cleanout port (and remember this was in the 60’s). Our neighbor was an elderly widow and depended on my Dad (soon to be me) to cut her grass. She had a million dandelions. I told my Dad that after cutting her yard we could easily clean out the underneath of the machine through the hose port and not worry about bringing her weed/dandelion seeds into our yard. With that said: “done deal”!

My Mom, on the other hand, was “annoyed” to put it politely. We had exceeded our allotted budget. (Back then we used something called a “charge a plate”.) She wanted us to take it back, however, being her only son I explained the numerous safety features. I explained since I would be now cutting the lawn we could have gotten a cheaper mower, but more dangerous to use. It was a joint decision and Dad decided safety was a bigger concern even though it cost more than she had planned. All was well again in our household.

Little did I realize at the time, the cleanout port more than paid for the new mower. In addition to the widow’s yard next door (which was gratis), I got additional yards to cut in the neighborhood, about 7 or 8 yards. With no car or truck, everything for me had to be in walking distance. The main selling point; “The washout port prevents from bringing other peoples weed seeds into your yard! Followed by a small demo, then I asked them to see if the Lawnboy the other person is using on their lawn is as clean as this mower.”

As I write this it has been about 50 years and I’ve been using Toro ever since. My yard now is a little over a ½ acre. I had a riding Toro mower but because of disk degeneration and 2 back surgeries, my orthopedic surgeon recommended a walk behind mower. (Sitting compresses the disks, in turn, increases pain.) Because of the disk problem, my wife decided that for our 25th wedding anniversary years ago (she won’t let me say how many years ago) instead of matching wedding bands we would be more practical and get 2 matching Toro super recyclers. I’m a lucky man. I can still mow the lawn, with my Toro of course, and still in love with the woman I married. Why two mowers? My wife also likes to cut the grass. Maybe that is why her nickname is GR8LEGS, she likes her exercise!