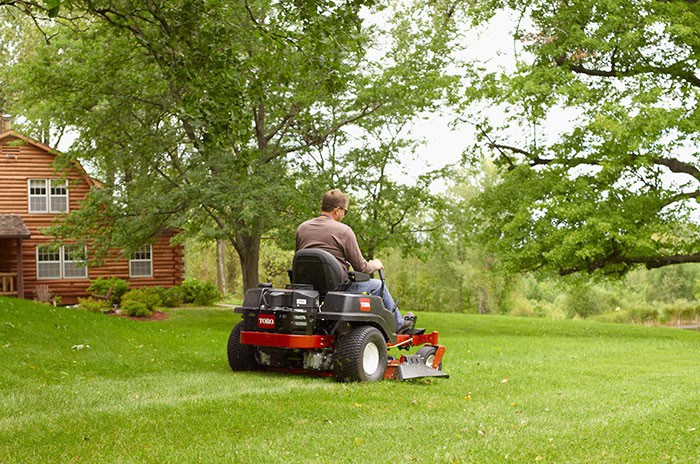 I received a phone call the other day from my youngest son, Graham, who currently lives in Los Angeles. He told me that he’d applied for a job near our home in Iowa. He said that if he was hired, he’d be moving back to the Midwest in the next month. I was totally shocked. After all, he’d wanted to live in California since he was very young. Plus, he has a good job and a nice studio apartment.

So, when I asked him why the change in attitude, he said: “Well, I miss my old friends, you and Mom, and I even miss mowing the yard.” First of all, I was glad his Mother and I were a little higher on the list than mowing (although coming in second after his friends stung a little), but what surprised me was that he mentioned mowing at all.

As a kid, he and his brother barely stepped outside and hated being asked to do anything resembling yard work, especially mowing. For them, mowing meant losing valuable time on the computer, as well as getting hot and sweaty in the Iowa heat.

But, then about eight years ago, things changed. I retired my ancient riding mower and purchased a brand new, zero-turn model that transformed the job of mowing overnight. Graham was particularly smitten and immediately claimed the mower as his own.

From that moment on, I never had to mow again and never had to nag him. He’d just grab his headphones, hop on the mower, rev it up, and take off, taming the turf around our trees and garden beds.

In fact, I’d often come home from work to discover he had mowed the yard without prompting. I’d ask him about it, and he’d always say something like, “I was noticing it was getting a bit ratty.” I was surprised because I didn’t think he’d look up from his computer long enough to notice if the house was on fire, not to mention if the lawn OUTSIDE needed mowing.

Once Graham left for college, I got to reclaim the mower. Now I really enjoy zipping around the farm. So, when I heard Graham might move back to Iowa, I had mixed emotions. Sure, I love him and would be thrilled to have him closer to home. But, on the other hand, do I really want to give back my mower? Maybe I ought to buy a second machine, just in case.

Doug Jimerson is a writer, garden expert, and owner of Studio G. Previous to Studio G, Doug spent 30 years as editor-in-chief of the Garden and Outdoor Living Group at Better Homes and Gardens.